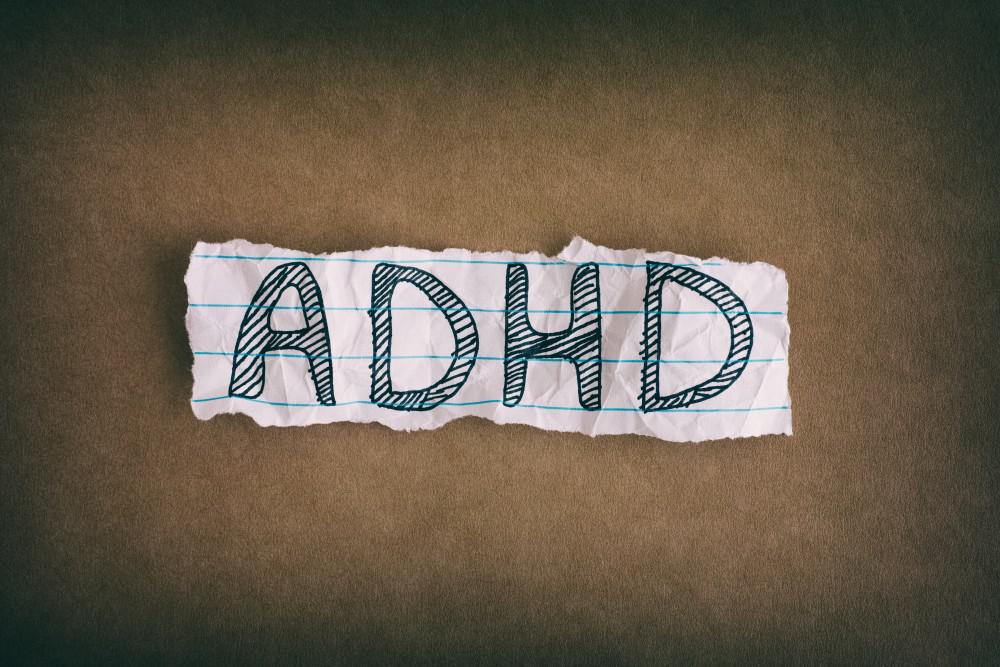 DSM-5 stands for Diagnostic and Statistical Manual of Mental Disorders Fifth Edition. ADD (Attention Deficit Disorder) and ADHD (Attention Deficit Hyperactivity Disorder) are diagnosed by psychiatrists and psychologists with the DSM-5 criteria, which are descriptions of behavior patterns. There is nothing in the manual linked to physiological or neurological criteria. The DSM-IV-TR manual (Diagnostic and Statistical Manual of Mental Disorders Fourth Edition Text Revision) states this clearly:

“There are no laboratory tests, neurological assessments, or attentional assessments that have been established as diagnostic in the clinical assessment of Attention-Deficit/Hyperactivity Disorder.”

“No biological marker is diagnostic for ADHD. As a group, compared with peers, children with ADHD display increased slow wave electroencephalograms, reduced total brain volume on magnetic resonance imaging, and possibly a delay in posterior to anterior cortical maturation, but these findings are not diagnostic..”

This is not true, however, as ADD/ADHD is complex. Consensus science tends to lag behind innovative science. At the Amen Clinics, Dr. Daniel Amen has analyzed tens of thousands of ADD brain scans from over 100 different countries. He has found seven different types of brain patterns with ADD/ADHD symptoms. By correlating symptoms with brain activity, he can prescribe targeted treatment for each individual. The DSM-5 speaks about “ADD presentations” which are vague, while the Amen Clinic scans are specific for each individual brain.

There is a free online ADD/ADHD test at the Amen Clinics site.

The three main changes in the DSM-5 from the previous version, the DSM-IV, are:

Diagnostic criteria according to the DSM-5 for Attention-Deficit Hyperactivity Disorder are as follows:

(1) At least six of the following symptoms of inattention have persisted for at least 6 months to a degree that negatively impacts directly on social and academic/occupational activities, and is inconsistent with developmental level:

(a) Often fails to give close attention to details or makes careless mistakes in school work, work, or other activities.

(b) Often has difficulty sustaining attention in tasks or play activities.

(c) Often does not seem to listen when spoken to directly.

(d) Often does not follow through on instructions and fails to finish school work, chores, or duties in the workplace (not due to oppositional behavior or failure to understand instructions).

(f) Often avoids, dislikes, or is reluctant to engage in tasks that require sustained mental effort (such as schoolwork or homework; for older adolescents and adults, preparing reports, completing forms, reviewing lengthy papers).

(h) Is often easily distracted by stimuli unrelated to the subject or activity being dealt with. For older adolescents and adults, may include unrelated thoughts.

(i) Is often forgetful in daily activities, such as doing chores, running errands; for older adolescents and adults, returning calls, paying bills and keeping appointments.

(2) At least six of the following symptoms of hyperactivity-Impulsivity have persisted for at least 6 months to a degree that is maladaptive and inconsistent with developmental level:

(a) Often fidgets with or taps hands or feet or squirms in seat.

(b) Often leaves seat in classroom, office meetings or in other situations in which remaining seated is expected.

(c) Often runs about or climbs excessively in situations in which it is inappropriate. In adolescents or adults, may be limited to subjective feelings of restlessness.

(g) Often blurts out an answer before a question has been completed, or completes people’s sentences and cannot wait for turn in conversation.

(i) Often interrupts or intrudes on others (e.g., butts into conversations, games or activities; may start using other people’s things without asking or receiving permission; for adolescents and adults, may intrude into or take over what others are doing).

B. Several inattentive or hyperactive-impulsive symptoms were present prior to age 12 years.

C. Several inattentive or hyperactive-impulsive symptoms are present in two or more settings (e.g., at home, school, or work; with friends or relatives; in other activities).

D. There is clear evidence that the symptoms interfere with, or reduce the quality of, social, academic, or occupational functioning.

E. The symptoms do not occur exclusively during the course of schizophrenia or another psychotic disorder and are not better explained by another mental disorder (e.g., mood disorder, anxiety disorder, dissociative disorder, personality disorder, substance intoxication, or withdrawal).

Combined Presentation: if both Criteria (1) and (2) are met for the past 6 months.

Predominantly Inattentive Presentation: if Criterion (1) is met but Criterion (2) is not met for the past 6 months.

Predominantly Hyperactive-Impulsive Presentation: if Criterion (2) is met but Criterion (1) is not met for the past 6 months.

Mild: Few, if any, symptoms in excess of those required to make the diagnosis are present, and symptoms result in only minor functional impairments.

Moderate: Symptoms or functional impairment between “mild” and “severe” are present.

Severe: Many symptoms in excess of those required to make the diagnosis, or several symptoms that are particularly severe, are present, or the symptoms result in marked impairment in social or occupational functioning.

Vitamin B6 ADHD and Calm Minds

No comments to show.