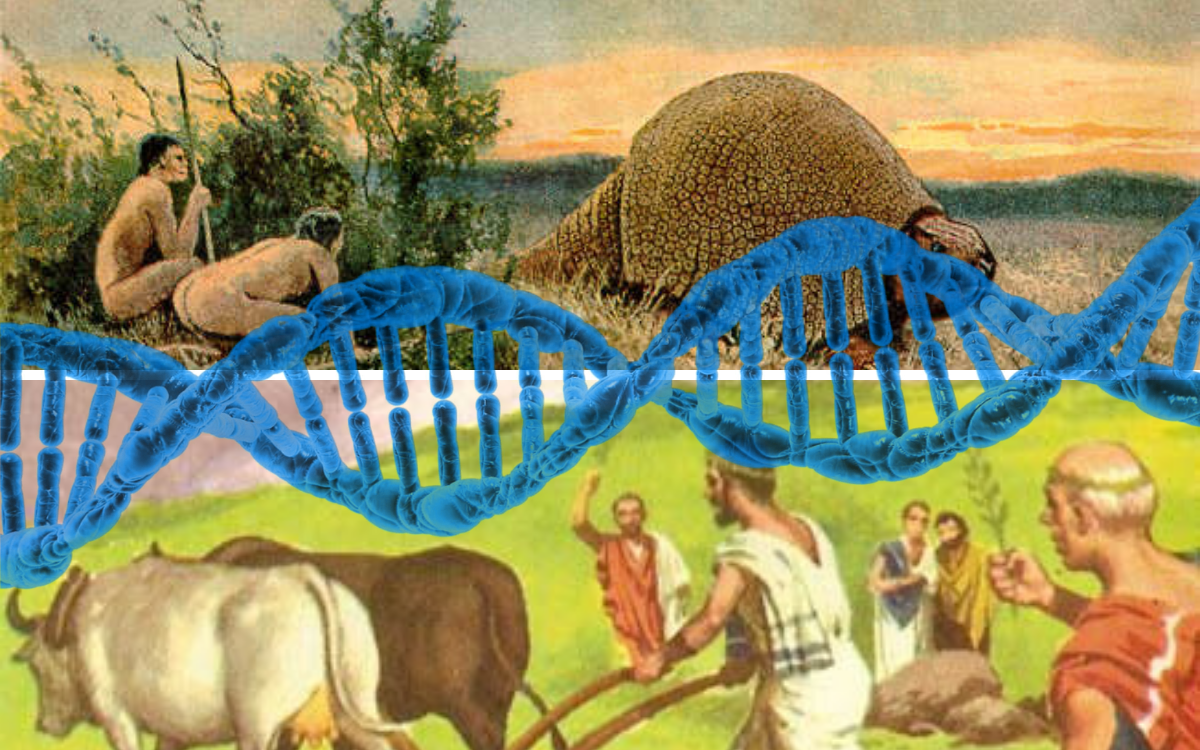 ADD (Attention Deficit Disorder) and ADHD (Attention Deficit Hyperactivity Disorder) have been with mankind since Adam. Why is it only recently that it has become a problem? This is the question former psychotherapist Thom Hartmann asked. He then drew a logical conclusion, that ADD and ADHD are a result of natural adaptive behavior.

Thom Hartmann then proposed the hunter vs. farmer theory as a theory explaining ADHD and AADD (Adult Attention Deficit Disorder).

This ADHD theory answers many of the questions about ADHD and accepting this theory explains the behaviors and difficulties some individuals with ADD/ADHD experience. It does not give all the answers, as there are over 100 causes of ADHD like behavior.

Like some other alternative ADHD theories, this originated from a child getting the ADHD diagnosis and the parent thinking, “My child does not have a disorder.” Thom Hartmann’s son was diagnosed and that got him to look at the ADHD controversy seriously. His conclusion was, “It’s not hard science, and was never intended to be.” ADHD is only a list of symptoms, with no criteria directly connected to any cause or disorder.

According to this theory, humans were nomadic hunter-gatherers for thousands of years, but as people started farming and living settled lives other personality traits, more suitable to a sedentary life, developed. The ADHD person is then someone who has retained some of the older hunter-gatherer characteristics. So-called “normal” people are the “farmers.”

This theory has been validated by a number of studies of people living traditional tribal and nomadic lifestyles. Those tribes’ people who continued their traditional lifestyles had no problems with their ADD and ADHD, but members of the same tribe living in towns had ADHD problems like those in western society.

The people that are covered by this theory have an ADD or ADHD personality. They do not have a disorder but need to find their niche in our modern western society. A part of this adaptation is finding a career that suits their personalities and does not, as is so often the case, fit themselves into a career considered a “good career” for the average individual.

An important talent ADHD people have is the ability to hyperfocus. Hyperfocus is an intense form of mental concentration or visualization that focuses consciousness on something. It is like tunnel vision where the rest of the world is cut off, blocking out potential distractions. It is in this state that the ADD personality’s creative imagination is at work. Hyper focusing can either be while thinking or while engaged in some activity.

It is connected with a vivid and creative and imaginative mind. However, if they are distracted it becomes hard to hyperfocus again. Hyper focusing is part of the explanation why people with an ADHD personality have a distorted or lacking sense of time. Hyper focusing makes it easier to meditate and relax if one accepts this gift and not be worried that one is not like everyone else.

These people can also rapidly shift their focus and attention. Their minds work in parallel processes so they can hold multiple thoughts. This ability causes problems at school when they are presented with specific tasks to do. They think in a more intuitive way than the school teaches. They do not do well when told what to think and how to think.

The hunter has to be aware of signs of their prey, dangers, and make quick decisions. This is a stimulating experience, where impulsivity and hyperactivity, two symptoms of ADHD, are beneficial. For such a child, sitting in a classroom and being forced to do some boring or repetitive work, will heighten every distraction from the classroom and even from outside. This is the reason for their distractibility.

Hyper focusing is a mental ability that is a natural expression of personality. It is not an ability, which can be switched on or off at will and it is situational. This has led to many erroneous conclusions by ADHD researchers, who assume all children are the same, and those who are not average have a disorder. It is the child’s own interest, which triggers it, not when told to do something.

The errors many leading ADHD researchers make is to assume that only one way of thinking or learning is “normal” and a child thinking or learning another way is a “disorder.” There are many learning styles, which are personality traits. These academics have arbitrarily defined “normal” behavior as behavior most suitable in the conventional classroom.

The average school classroom environment is not a natural environment for a young child. Children are not designed to sit still for hours doing tasks that may be perceived as boring. This is not normal, and the reactions of ADD and ADHD children through various hyperactive or daydreaming behaviors are their coping strategies.

This post is sponsored by: Clinical Supplies a company that is supplying different test kits .

Vitamin B6 ADHD and Calm Minds

No comments to show.